I am the Artistic Director of Annex Theatre, a democratic collective of volunteer theatre artists dedicated to creating bold new work in an environment of improbability, resourcefulness, and risk. For more than 32 years, Annex has iteratively produced some of the most avant-garde and challenging work with critical and cultural aplomb, as well as sustained a seemingly impossible production model that newcomers want to get involved in year after year. Thanks to former Artistic Director SJ Chiro, the Annex Company have an active role in choosing which stories we tell on our stages.

Every year, anyone who has produced a show with us and is invested in the operations of theatre gathers to participate in choosing our production season. We choose our plays just like we make all of our decisions: through consensus. The consensus model is empowering, challenging, uplifting, tedious, and sometimes the only way to make decisions. Making decisions as a group for the good of the group allows the individual the freedom to investigate what one truly wants to accomplish and to choose the best path toward those results. We incorporate others’ needs in the every decision-making process, knowing it is ultimately for the good of the theatre. This is out of necessity, otherwise we would not have survived for so long. I’ve learned how to expand my empathic skills listening to what people say they are struggling with or what they want and find solutions that are constructive and sustainable, not reactive.

For decades, Annex survived on cheap rent and volunteer labor in the heart of the city—formerly Belltown, now Capitol Hill. As Seattle’s population continues to rapidly boom, we now struggle to effectively and affordably produce our plays. We produce plays you cannot see anywhere else in Seattle—unless that play is incredibly successful and remounted elsewhere–because we take chances on never-before-produced playwrights and new ideas that challenge audience expectations. But our rent has not been cheap for several years. Our volunteer labor becomes continuously scarcer because in order to afford a place to live that is somewhat close to the city’s core, it’s necessary to work a full-time (or more) job. That doesn’t leave a lot of room for making theatre, especially theatre built on a bedrock of positive experiences for everyone involved. If people are stressed, overworked, and unavailable, it is much harder to be open to new experiences that require an open heart and time.

I have been involved with Annex since winter of 2012. When I showed up, I didn’t know I would find an artistic home, but I am thankful every day that I did. As I’ve watched our theatre evolve and I’ve participated in the consensus decision-making model, I’ve come to believe that Annex is a vehicle for change. We are a stepping stone for artists who want to take a leap and invest their time into something which they do not have the money to invest. Producing a mainstage show at Annex Theatre is like being handed a $12,000 grant, quantified in untold labor hours and funds for design elements, rehearsal space, and artist stipends. Frequently, an unknown playwright approaches us with an idea and we choose them not only for their passion but for the story they want to tell. As a group, we choose which stories resonate the most with our time, adapting and responding to which voices need the biggest megaphones in society. We take these risks because we can, no matter how the introduction of new people and challenges to the process affect the result along the way.

Annex Theatre commits to the artist, which is why I believe that it is incredibly valuable to showcase and empower underrepresented voices. On our stage, voices have a place to speak out, unencumbered by a subscriber base. And those voices can turn around to effect change on our stage again by participating in the decision-making process and modifying the process for the benefit of those who come after them.

I do not know if Annex Theatre will continue on for another 32 years. But I have had the opportunity to participate in and shape a tremendous legacy that enables others to create art that resonates with new audiences, month after month, in the heart of the city. I encourage you to take some time to see something on our stage because live theatre is one of our only chances to get that close to someone else’s story.

You've come to the perfect place to read about my process and inspiration.

Why yes, my initials are cbs.

Every single project is powered by americanos or cold brew coffee. In Capitol Hill, I frequent Analog Coffee, Kaladi Brothers, and Saint John's Bar & Eatery for work and play.

I read The Outline and the Moon Pie Twitter Feed. I love to watch music videos of St. Vincent, Metric, and Carseat Headrest and I listen to a lot of podcasts.

Want to know more? Read all about me. 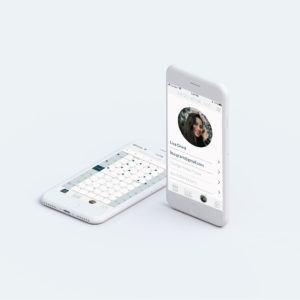 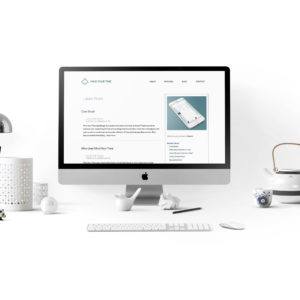